DAMOWANG SS20 continues to take WU XIA, a representative culture in modern China, as a conflation of modern and traditional elements; contrasting the ever changing fashion trends with the reserved temperament of the contemporary independent woman. The end design is a fusion of the Chinese element of external grafting with the inner temperament devoid of symbolism where image and entity are intertwined.

There is no fixed boundary between WU XIA and the realm in which it resides. The image is a blend where ancient and modern are entangled. It is only with the help of modern design techniques and materials that the designer can rescue WU XIA from strangulation of contemporary culture. 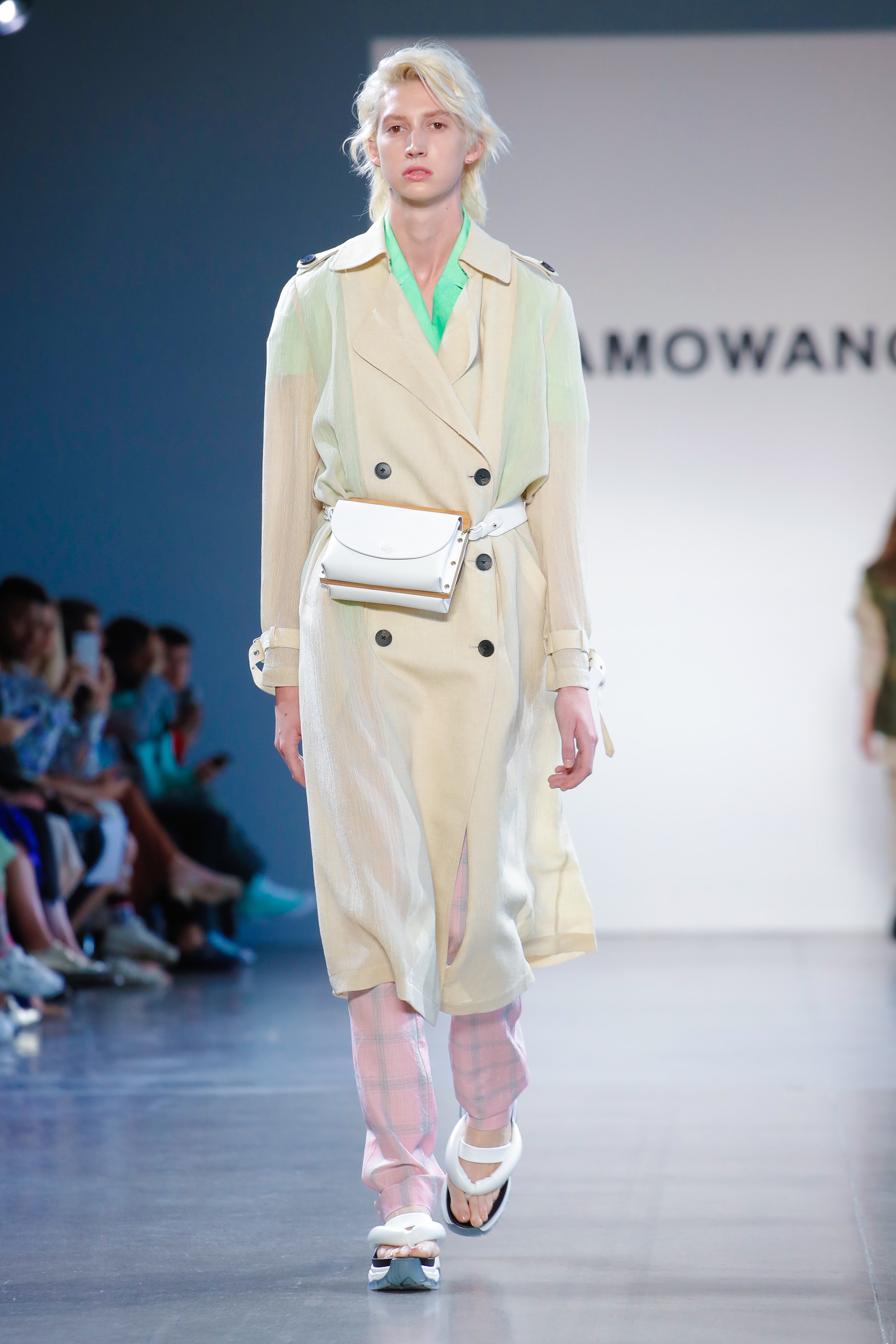 As a designer, Mr. Han Lei believes that people are living in fragments, and each fragment of reality is superposed into memory. The memory he uses in the SS20 Collection, is that of WU XIA. By adopting his usual splicing alongside other elements: the mixing and matching of layered fabrics, wool, flax, organza, coating, rope, animal texture, fishnet, sheepskin, meteor hammer, bamboo tube, headscarf, cloth bag, etc. All these elements play a crucial role in the DAMOWANG show, enabling the designer to specify his role in the virtual and real space of both the scene and image. The designer has turned the classical square plaid pattern, oversize shoulder-pads, various colors, the splicing and superimposition of different materials into a wonderful adhesive-collocating the ancient and modern elements in a new way. The extensive use of hat ornaments and shawls also adds to the erratic and elusive characteristics of WU XIA.

Leveraging the positive feedback from the shoes co-branded with MYWANTS last season, the two designers increased collaboration this season by using classic elements of raw edges, worn-in stylesand splicing to deliver an array of flats, sneakers, boots and slippers with artistic and modern characteristics.

Another collaboration partner is MESHEEN on bags; reshaping life elements such as bamboo, ropes, and dim sum patterns, so as to extend the depth of DAMOWANG’s potential in fashion. 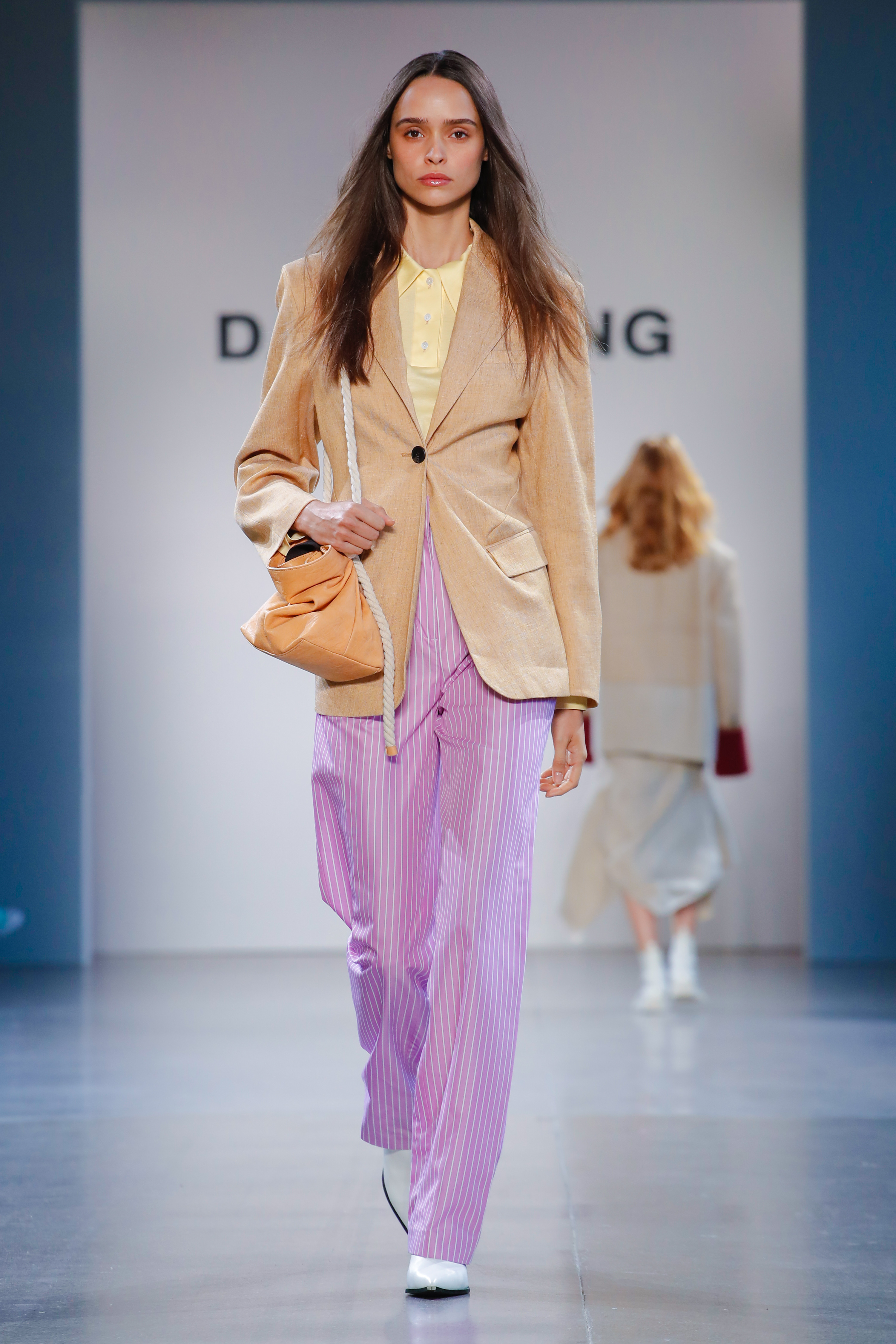